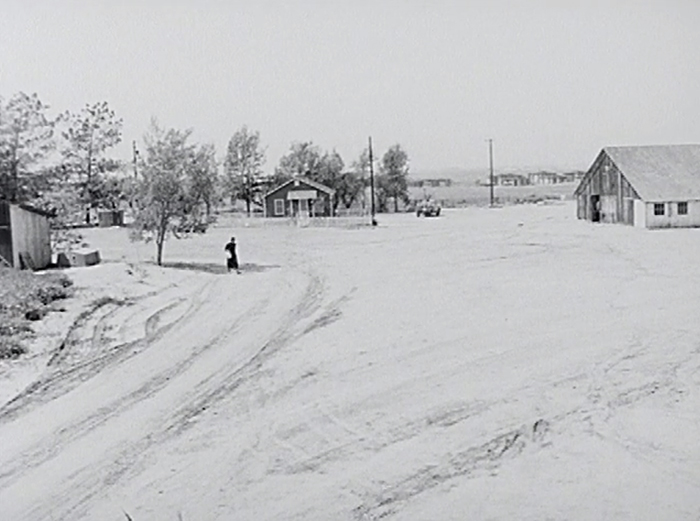 In the spring of 1968, the School of Social Sciences experimented with short immersion classes. Students could take a series of these classes all day long for a couple of weeks each instead of taking courses concurrently throughout the quarter. This was never repeated, at least while I was at UCI.

For that quarter, we did something really outside the box! A group of anthropology students were recruited to go to Guaymas, Mexico, for spring break. Our mission was to establish a temporary outpost there for anthropology students who would later come down for their two-week immersion class to complete an independent-study project on-site. A couple of professors went with us on our trip, including Duane Metzger.

We arrived in Empalme because that’s where the train stopped for anyone interested in Guaymas. There, we found a half-finished house on the outskirts of town. I don’t really recall how our faculty adviser found it – it seemed to be a fast decision. Our house only had a partial roof, one bathroom and several other rooms. I don’t think we had a kitchen at all. I had a sleeping bag but soon learned it was much better to sleep in a hammock to keep away from the critters in the night. The first thing we did when we got home from any excursion was to take off our shoes and start killing scorpions. They came down over the walls. The local kids would remove the stingers, put the scorpions on strings and scare the heck out of all the young ones – and us!

We had so much fun on that trip. In hindsight, we probably put a lot more energy into having fun than becoming young anthropologists. After all, we were the “Summer of Love” generation! Unfortunately, fun and drinking took center stage with just about everyone who came down there. And as a “hostess,” my 18-year-old self was not about to crack the anthropology whip over a couple of drunk social scientists. I would be surprised if a single interesting paper resulted from our time there.

For my project, I was going to study the grocery store. Looking back, I think about what a stupid idea that was! I used to wander the markets like a lost soul, desperate to discover a completely different way of organizing and classifying food. It just seemed the same as home to me! I couldn’t find anything interesting to report.

I was asked to stay on after spring break to oversee the other students who would be coming and going. I accepted and stayed there for three months.

The people were delightful and friendly. I’m sure my love of travel was born on those dusty, hot streets. Everyone in Empalme knew my name. I would go to the theater, and the whole audience would shout “Hola, Catalina!” The outside of the theater looked like a normal building, but inside there was no roof! We watched Spanish movies pleasantly in the open air – like sitting at a drive-in. I remember walking every morning for the most wonderful pan [bread] and eating at a local home that sold meals. Whatever Mama served was what you got. There were always a lot of potato-filled tacos.

I wish that I had interviewed the people I met and recorded their stories. How wonderful it would have been to compile their stories instead of my failed study of retail food distribution.

I have never studied Spanish, but I am so grateful to Dean James March; Professor Metzger; my mentor, Professor Charles Lave; and the School of Social Sciences for those three incredible months in Empalme, which have given me an ability to get along roughly in Spanish ever since. 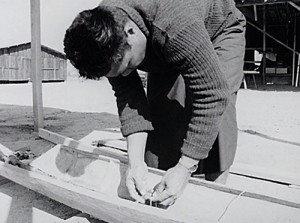 When I returned to UCI, my good friend Marianne Schnaubelt and I were among a handful of students given permission to live at the Social Sciences Farm in the summer of 1968.

The main building only had a couple of bedrooms, so others on the Farm were creative in choosing their space. A couple of guys from Australia decided to build a tree house. I actually don’t recall if it was ever successfully completed.

Marianne and I decided we would renovate the chicken coop out behind the main house. It was a small space of about 8 square feet covered in chicken feathers and poop. We scrubbed and scrubbed and planned on putting two little beds in there. But not long after we had made the place presentable, we were banished from the coop because of a health concern. Marianne and I checked each other’s head to see if we had lice. Thankfully, we were clean.

I remember meeting a very short Mayan man who would always ask me to dance. I also recall meeting a wonderful Samoan family at the Farm. The father was constructing a canoe. When I left the Farm, he gave me a woven purse that I still have today.