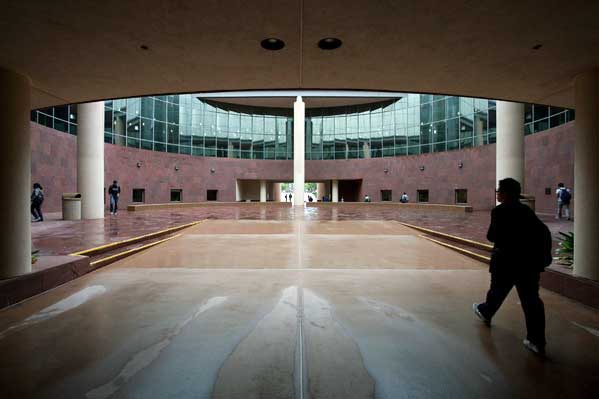 UCI’s Science Library, which opened in 1994, was designed by famous architects James Stirling and Michael Wilford in the postmodernist style. In 2010, it was renamed after Francisco J. Ayala in recognition of the world-renowned UCI evolutionary biologist’s scientific achievements and contributions to the campus.