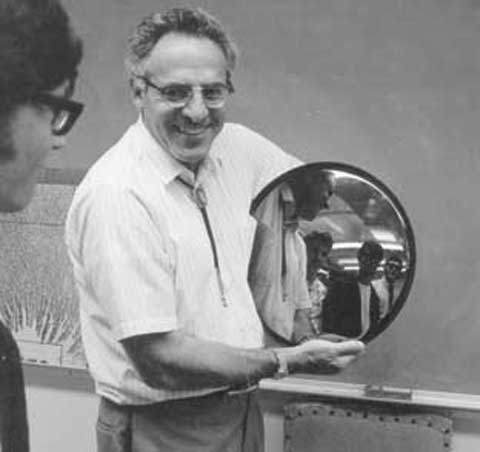 Frederick Reines, professor of physics, was awarded the National Medal of Science in 1983 for the “experimental discovery of the free neutrino and the elucidation of its properties and interactions.” The medal, the highest scientific honor bestowed by the U.S. government, was presented to Reines by President Ronald Reagan at a White House ceremony on Feb. 27, 1985.