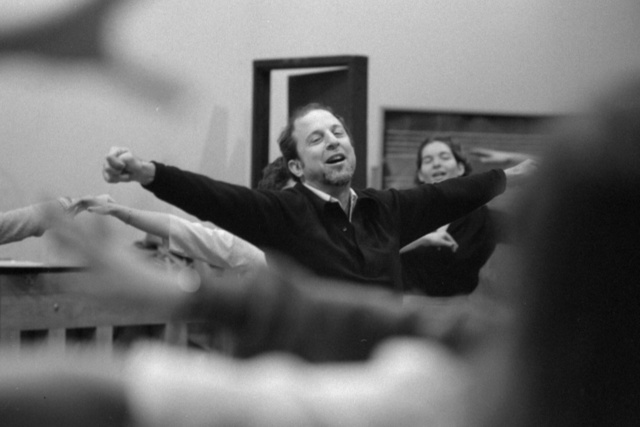 Robert Cohen, the Claire Trevor Professor of Drama, has taught at UCI since its opening act.

He arrived on campus in April 1965, six months before the first students, to chair the drama department, back in the days when the trees that now canopy Aldrich Park were just 3 feet tall. He remembers the pros and cons of working for a new university in a city that didn’t yet exist.

“Irvine was totally unknown at the time,” Cohen says. “Most people didn’t even know the name. They’d ask me, ‘Oh, you teach at Irving?’ That went on for years. I’d say, ‘No, it’s Irvine,’ and they’d say, ‘Where is that? Is it near Sacramento?’ Nobody knew.”

Fresh from earning a doctorate of fine arts at the Yale School of Drama, Cohen joined UCI with the idea that he’d stay a couple of years before moving on to a bigger-name school. Instead, he’s been here almost 50 years.

“I’d received a job offer from UC Berkeley, where I did my undergraduate work, but at UC Irvine, I knew I’d be able to run my own program. Instead of being a junior faculty member, I’d be the department’s chair,” he says.

“After the first few weeks, I knew I was here to stay. UC Irvine was an exciting place. There was a sense of freedom. Most importantly, we had a wonderful faculty. There were only about 100 of us, and many were right out of graduate school, like me. We had a whole field of our own and a tremendous opportunity to make ourselves known.” 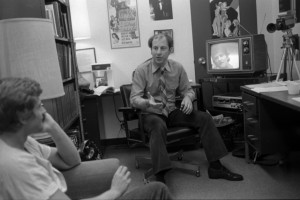 For Cohen and his colleagues, it was a rare chance to help mold a young campus.

“We all belonged to the Academic Senate, and we voted on everything,” he says. “We voted against a football team. We voted down fraternities and sororities, but that was later overturned. We made all of the decisions.”

(In fact, sororities and fraternities weren’t allowed on campus until 1973, after the U.S. Supreme Court ruled that prohibiting national organizations from public universities violated the First Amendment.)

One of the senate’s first major moves, Cohen notes, was to forego a more traditional college of arts and sciences and instead divide the campus into five separate schools – biological sciences, fine arts, humanities, physical sciences and social sciences – which at the time was “fairly avant-garde.”

“I was only 25 years old, and I was chair of the educational policy committee,” he recalls. “When Clark Kerr [then president of the University of California] came down to attend our first faculty meeting, he asked us if we had any questions. I raised my hand, and he said, ‘Yes, Dr. Cohen?’ He knew my name because we were so small.

“I knew everybody. I knew Chancellor [Daniel G.] Aldrich by his first name and all the higher-ups. Today, I don’t know anyone outside of my department unless I’m on a committee with them.”

Some of the early faculty’s ideas didn’t pan out.

“One of our plans was for a campus helicopter that would take us to the UCLA library when we needed to do research there. That, obviously, never happened,” Cohen says. In the days before John Wayne Airport offered flights to Northern California, however, he and other faculty members did take commercial helicopters from a site (now occupied by a hotel) on Jamboree Road in Newport Beach to connecting flights at Los Angeles International Airport so they could attend meetings at UC Santa Cruz and UC Berkeley.

Let’s put on a show

“We wanted our arts school to be different from the others,” Cohen says. “We were experimental from the start.”

Their first play was a feel-good musical called “Little Mary Sunshine,” directed by Garrison, but the duo quickly turned to more challenging fare, with Cohen directing “Night of the Iguana” and Garrison tackling the then-controversial “Oh, What a Lovely War!”

The drama department’s progressive works drew notice, attracting students and faculty such as iconoclastic Polish director Jerzy Grotowski who wanted to stretch their creative talents. Enrollment has burgeoned from just seven undergraduates that first year to about 450 today, as well as 75 graduate students; the drama faculty has increased from two to 32.

Other departments in the Claire Trevor School of the Arts – art, dance and music – have also evolved. “Each has grown in great measure,” Cohen says. “They’re nationally distinguished.” 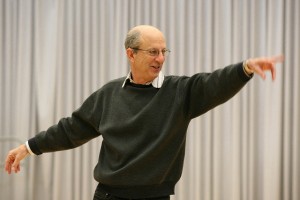 During his nearly 50 years at UCI, Cohen has become a respected director, playwright and drama critic. He’s written numerous texts; directed some 70 campus productions and 35 professional ones; and helped launch the careers of countless thespians, including comedian and “Saturday Night Live” veteran Jon Lovitz ’79 and Bob Gunton ’68 (the warden in “The Shawshank Redemption,” among myriad roles).

In October 2011, UCI’s Robert Cohen Theatre was named in his honor. At the time, Joseph S. Lewis III, dean of the arts school, remarked: “Robert Cohen has successfully merged his professional and educational endeavors for more than four decades. He has touched thousands of working professionals through his theatrical accomplishments, writings and teachings. His is truly a far-reaching legacy.”

Cohen intends to continue working fulltime until at least the 50th anniversary of his first day of classes in October. After that, he just may retire – the following year. It’s an ending yet to be scripted.