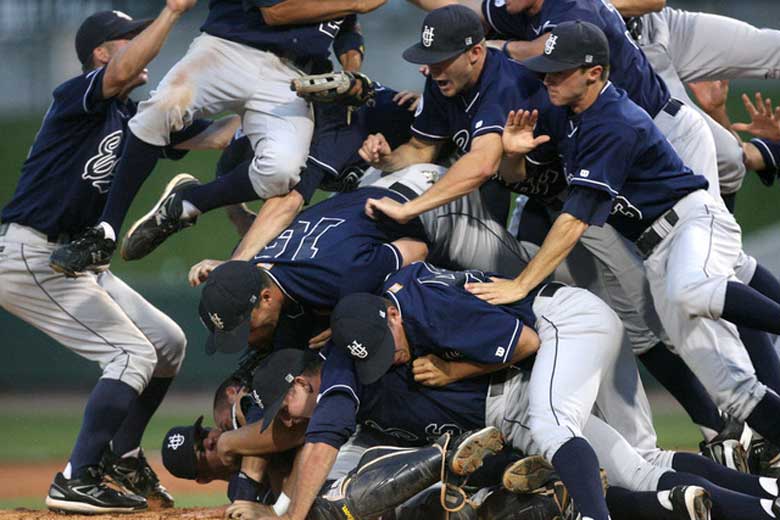 UCI’s baseball team made its mark in history with its first College World Series appearance in 2007. The Anteaters were the first to win extra-inning games on consecutive days and played the longest game in the event’s history, a five-hour-40-minute, 13-inning victory over Cal State Fullerton. UCI was defeated in the semifinals by Oregon State University. Read more here.