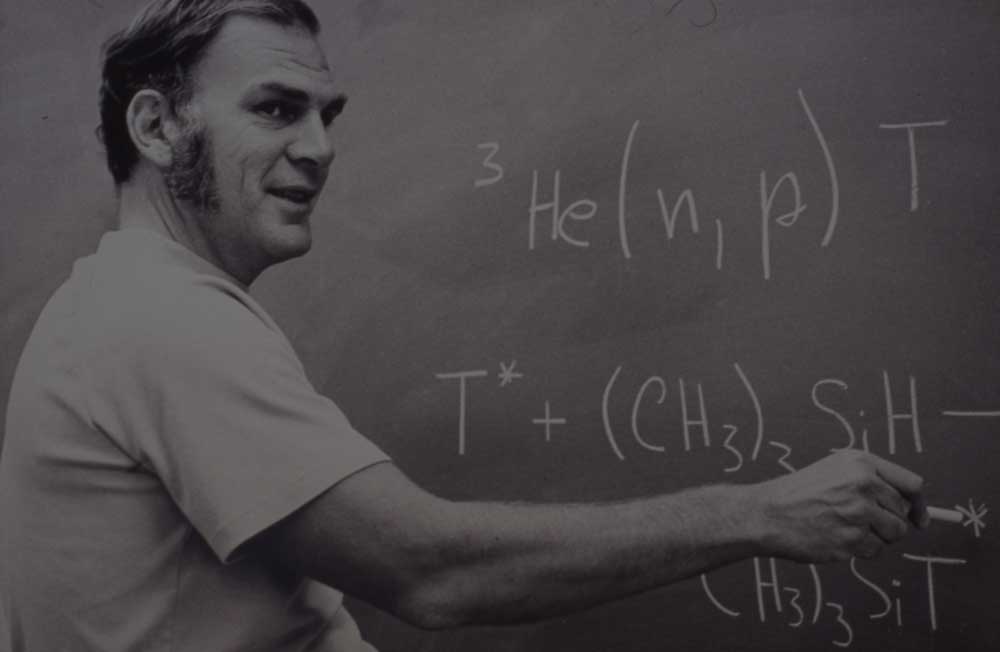 Founding professor and chair of chemistry F. Sherwood Rowland and postdoc research associate Mario Molina were the first to discover that chlorofluorocarbons were depleting the Earth’s ozone layer when released into the atmosphere. The groundbreaking research led to CFC regulation in the United States, in Canada and throughout Scandinavia. In 1995, Rowland, Molina and Paul Crutzen were awarded the Nobel Prize in chemistry. Rowland continued his work on climate change, CFCs and ozone depletion until his death in 2012.