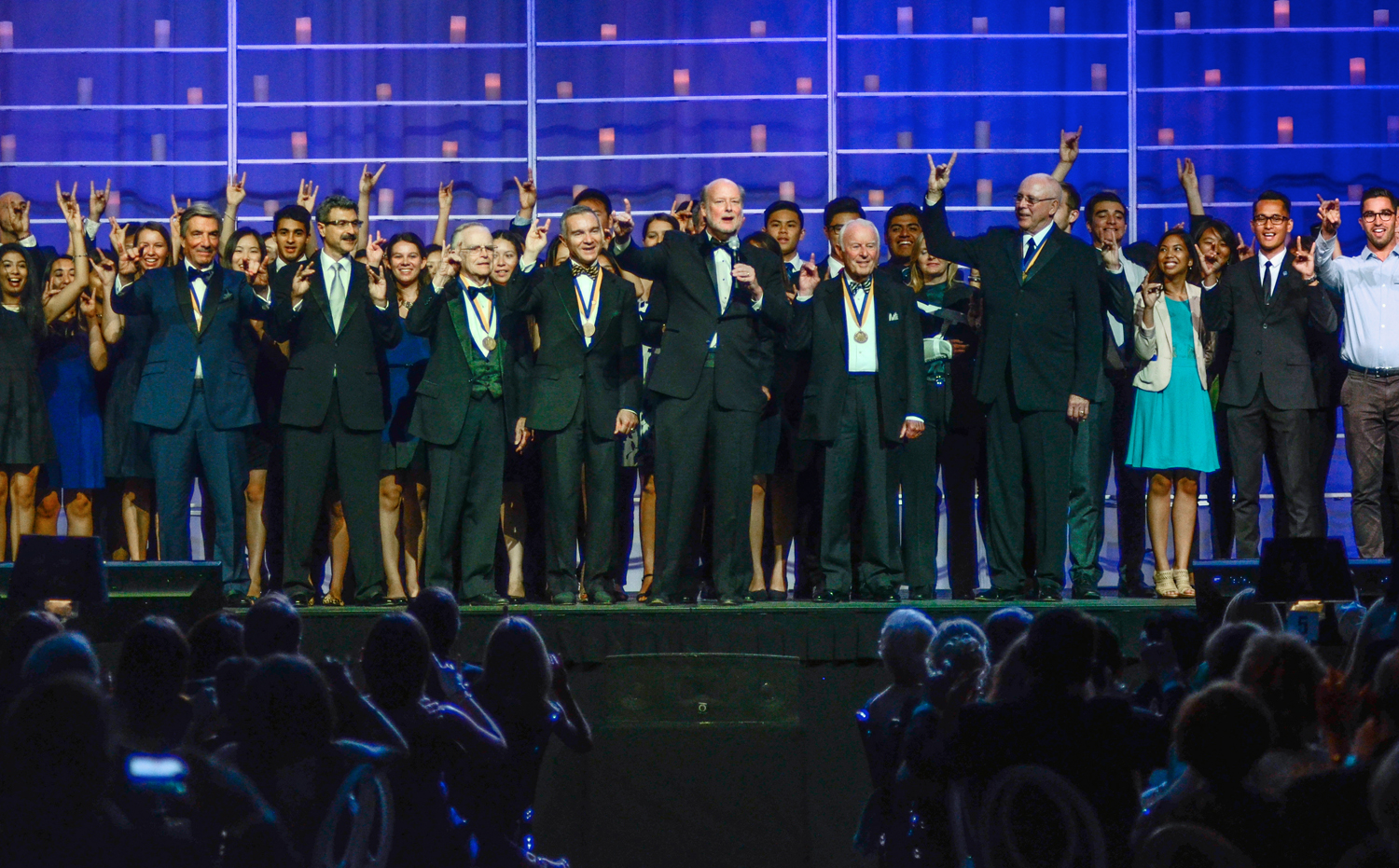 Research, education and clinical practice that saves lives, restores sight, repairs the world. These achievements, and many others, are made possible through the most significant fundraising effort to date in Orange County – UCI’s successful $1 billion Shaping the Future campaign.

University leaders revealed Oct. 10 that UCI is the first nonprofit organization in Orange County to attempt and raise $1 billion in private support through its 10-year fundraising campaign. The announcement was made at the campus’s annual UCI Medal Awards ceremony, which this year honored more than 100 past medalists, recognized for their contributions to UCI.

“When the campus launched the Shaping the Future campaign a decade ago, it was united by a singular focus: to make tomorrow better than today for this generation and for generations to come,” said Douglas K. Freeman, UCI Foundation member who chaired the Shaping the Future fundraising effort from the beginning. “Since then, more than 113,000 donors have helped us shape the future by investing in five high-impact areas: energy and the environment, global leadership, health, learning and the mind, and support for students.”

UCI Chancellor Howard Gillman said the progress made in these areas over the past 10 years has touched the entire campus and benefited countless people beyond its borders.

“To change lives for the better – both regionally and globally – is our mission at UCI,” Gillman said. “We can only accomplish that in truly meaningful ways through support from community partners who share that mission.”

Gifts exceeded the goal in July – with a final tally of $1,013,853,274 – and­ have funded more than 500 scholarships and graduate fellowships, endowed over 50 academic chairs and tripled the UCI endowment.

“We’ve accomplished some amazing things, and we’re just getting started,” Gillman said. “It’s these kinds of valuable partnerships and generous university supporters and friends that will enable us to rise to even greater heights in the future.”