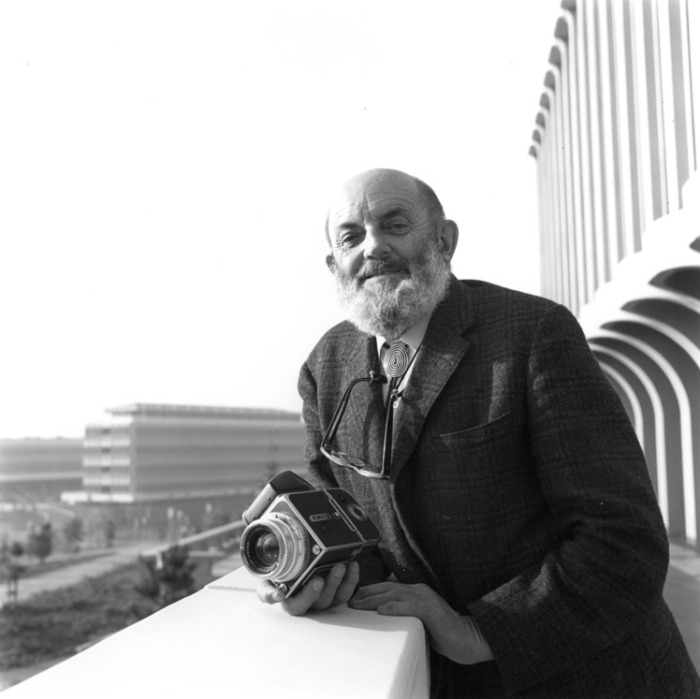 In 1966, Ansel Adams visited UC Irvine to photograph its distinctive new buildings as part of a project commissioned by UC President Clark Kerr to celebrate the 100th anniversary of the University of California. Adams took more than 100 photographs of the new Irvine campus. They were published in a commemorative book titled Fiat Lux, after the university’s motto, which means “let there be light.”